LEGAL IN THE AIR

If drone pilots, both professional pilots or amateur pilots, do not understand all the risks and take that into account during the exercise of their work or hobby, this can pose a danger to people, objects, animals and all other things in our environment. It is therefore important that we deal with drones in a sensible way. Incidents are conceivable and can cause unforeseen material damage or injury to people but can also damage the social acceptance of the use of drones. Something that can have a negative impact for the commercial/professional drone pilots and companies. Social acceptance is an important factor in the development of the drone industry.

Like many of the fellow drone companies, DroneQ meets all requirements laid down in law and regulations and flies under a ROC, has properly registered, approved and insured the drones, uses the procedures as laid down in the approved Operational Manual (OM) and conducts prior drone flight Risk Analyses and sets up an Operational Flight Plan in which align with the authorities and customer are recorded and approved. As stipulated in the OM, all RPA team members have at least RPA-L, valid medical examinations and are “current” in terms of knowledge and experience. Anyone who is responsible for this profession knows that this is a considerable investment in money and time to do it in this way, and the operational costs keep returning to maintain this level. Project related exceptions, such as flying beyond 500m or flying in special areas, often require additional waivers or additional training such as EVLOS and extensive flight preparation. So there is a lot of investment done by DroneQ and the fellow drone companies who conduct the same work ethics to carry out drone flights responsibly!

Safe in the air

It should come as no surprise that not everyone adheres to existing laws and regulations or common sense. That makes the current corona crisis painfully clear. No adequate oversight and enforcement of this does not disadvantage the commercial drone pilots and companies that do comply with the laws and regulations. A trend also seen by trade brothers Frank Maters and Chris Reichgelt and who decided to take the initiative to establish Legal in the Air.

“We want to create a movement that calls attention to the importance of safe, legal drone operations, a kind of disclaimer: Legal in the air.”

“Not to act as a police officer but to draw attention to the dangers and to make it clear that this is a profession that many licensed pilots have put a lot of money and time into with us. All this so that they can continue to do this legally and thus pursue their passion.”

Am I My Brothers Keeper?

We see a tendency on social media to comment on media such as Facebook and LinkedIn when posting drone images that publicly question whether the images were obtained legally, whether laws and regulations were complied with. Those who post these images in many cases feel “obliged” to publicly refute these question marks in order not to obtain a stamp of illegal work. DroneQ Aerial Services wholeheartedly supports the Legal in the Air initiative and supports for a 100% to convey the importance of responsible conduct commercial drone flights within the framework of laws and regulations. However, we do not believe that we have a whistleblower or enforcement role and we find public questioning of drone posts does not fit with our professional ethics. We rely on our own strength and qualities and have no need to criticize or publicly question others, which might give the appearance that pilots or organizations might have obtained the images illegally. After all, even in posts about company outings or other events that are not drone related, no questions are asked whether everyone has given permission for posts of that photo. The question “Am I My Brothers Keeper” should be answered by everyone for themselves and everyone is free of course, but DroneQ Aerial Services answered that question for themselves with a wholeheartedly No. Ultimately, we all are responsible for our actions ourselves. 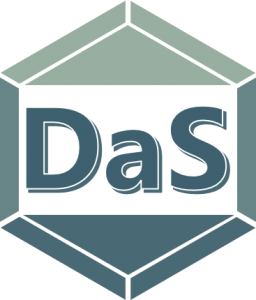